The US Military All*Stars are proud to dedicate this very special page
to Honor the life of Nicholas R. Cournoyer. 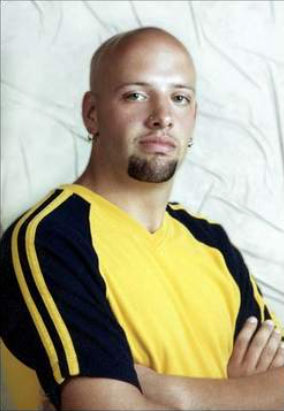 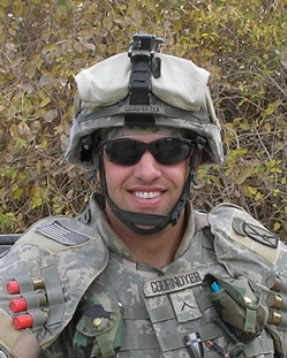 Nicholas was born in Concord and grew up in Gilmanton, graduating in 2000 from Gilford High School. In the yearbook, he listed joining the military as one of his goals. Faculty members remembered him fondly. “He just had a happy presence in school,” school nurse Meg Jenkins said. “He was very polite, very kind — always had a twinkle in his eye.” Nicholas worked as a mason’s assistant in the Laconia area. He bought a truck that he had fixed up and paid off. He joined the Army in January 2005 and was an infantryman with the 10th Mountain Division based in Fort Drum, NY. “He was fun-loving, and he had a huge heart that reached out to many, many people,” his sister Natalie recalls.

Maj. Greg Heilshorn said Nicholas is remembered for his generosity. His mother would send care packages to Iraq, which he always shared with his fellow soldiers. “Needless to say, his buddies in his unit couldn’t wait for him to get those care packages,” Heilshorn said. “As his mom and dad said, he had a big heart.” He was a a New England Patriots fan and a Red Sox fan, she mother would send him Sox memorabilia while he was stationed in Iraq. He was very proud of being a soldier and is remembered by his parents as “a generous young man who was always looking out for his buddies in his unit.” Nicholas had been awarded the Combat Infantry Badge, which is given to soldiers who see direct combat. “He worked out,” Maj. Heilshorn said. “He was very, very much into being in shape, which is of course part of being a soldier.”
Longtime Gilford educator Don Engelbert said Nicholas had a highly developed sense of right and wrong that stood out to his peers and teachers. He found a niche in the military.

“He was a really solid human being and he was a caring human being,” said Engelbert, who taught Nicholas’ older sister, Natalie. “He was a big, strapping kid.”

Nicholas had planned to buy a Harley-Davidson after his tour ended and had wanted to join the National Guard. He enjoyed music, partying, concerts, playing pool, lifting weights, running, his truck, an annual canoe trip and being with his family and friends.

Nicholas entered the Army in January 2005 and trained at Fort Benning, GA to serve in the infantry.

Fill out my online form.