Donate To Our Mission!
Host An Event!
BECOME A SPONSOR!
Host A Game!
Host A Player!
DONATE 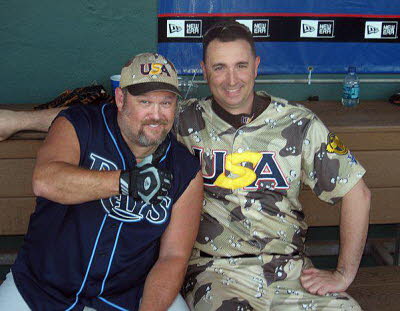 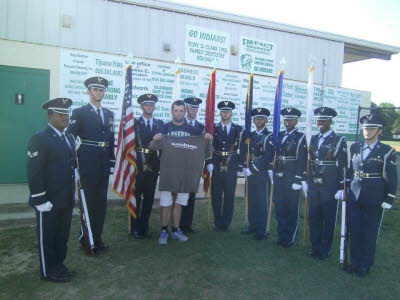 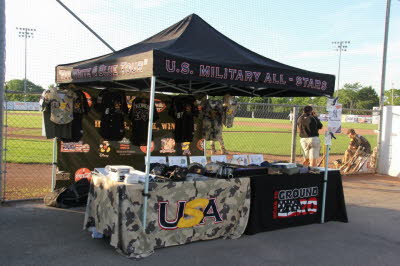 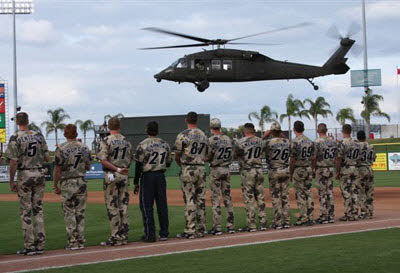 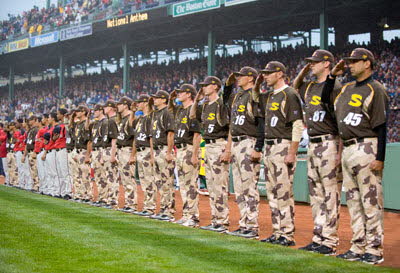 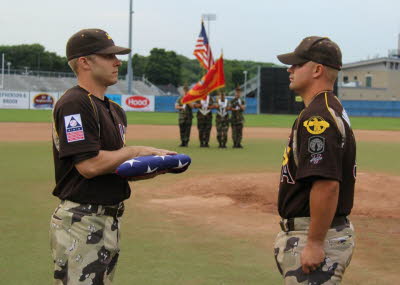 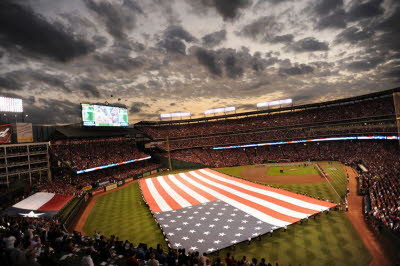 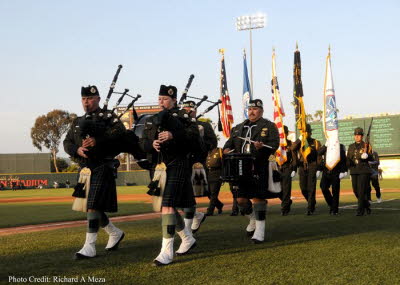 We are a 501C3, non-Profit. #46-690218. All of your Donations go directly to our teams expenses and the Transportation/Fuel Bill, to allow us to continue our Summer Tours across the Country for the “Red White & Blue Tour”.

Please enjoy our video working with The Fallen Heroes Organization in Indiana, and our I STAND audio.

HOW IT BEGAN
During a visit to the Naval Aviation Museum, President George H.W. Bush discussed the positive impact baseball had on morale during WWII.  His comments initiated the development of military baseball in the modern era.  Over a quarter of a century, we are the only team in history to wear camouflage uniforms with historical references representing all branches of the military and first responders.

WHO WE ARE
Since 1990, Thousands of Armed Forces personnel have represented their service while paying their own expenses with a philosophy of HUSTLE, THINK, WIN! As the ORIGINAL largest, fastest growing and most successful military barnstorming team to date. We deliver competitive, exciting “must see” patriotic entertainment enjoyed by millions, visiting 45 states and 12 countries.

WHAT WE DO
Established to compete in 30-60 games annually at all levels while providing direct support to individual Wounded Warriors, State Department, Department of Defense and Recruiting while conducting over 30-60 appearances. Featuring International Friendship Tours on behalf of Military Installations and Command Visits to benefit Veterans and youth charities.

WHY WE DO IT
The Historic “Red, White & Blue Tour” delivers unique patriotic events designed to honor America.  We conduct a choreographed pre-game that includes “Passing the Flag” and “Walk of Honor” ceremonies to celebrate American History in defense of our freedom. Starting in 2019 in the Pacific NorthWest and the Midwest, we will be conducting Gold Star Family Honor Ceremonies.

OUR MISSION
To promote the awareness of all American’s in support of the honorable sacrifices our armed forces make at the “tip of the spear”. The prominent yellow ribbon in the shape of an “S” located “front and center” in our distinctive “USA” logo symbolizes “Support” for our Troops and Veterans.

Following the lead of Military Protocol, the US Military All*Stars with deepest regrets will be suspending our 2021 Red, White & Blue Tour.  USMA will resume for the 2022 tour starting in the Mid-West.   Please contact: TankStone@gmail.com for questions and concerns.  Also, if you want to be part of the 2022 Tour please go to our join us page and fill out the players package, sponsor or volunteer for good placement for our next tour .

God Speed, look forward to hearing from you all soon. TANK 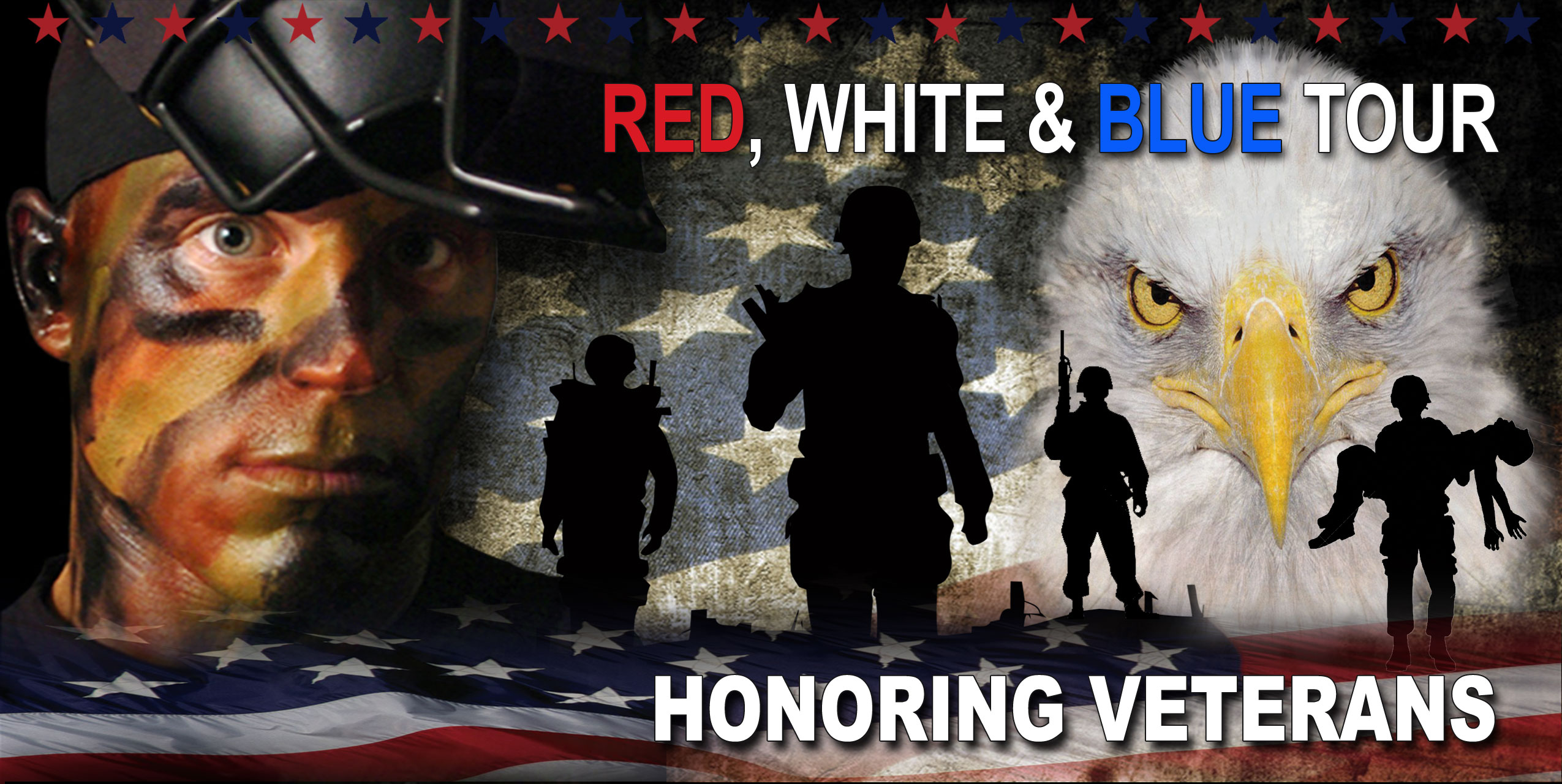