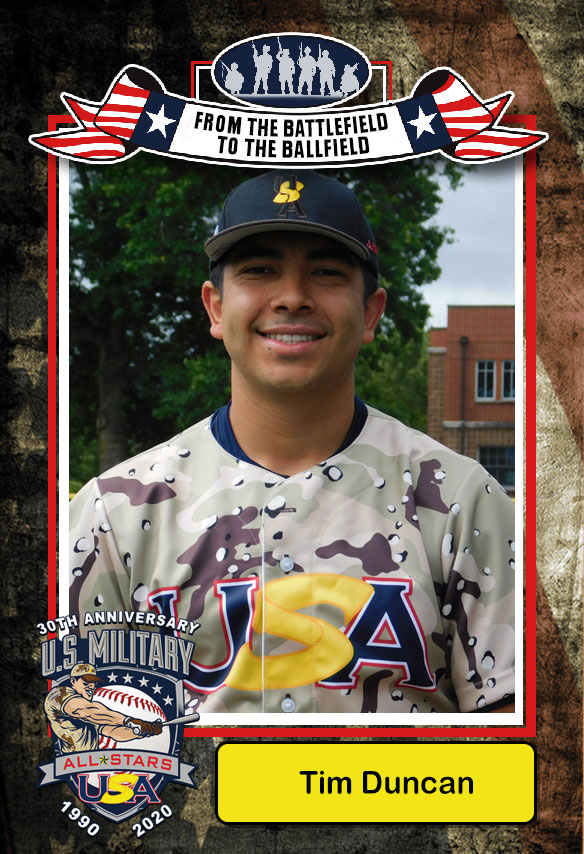 Timothy Duncan grew up in Dallas, Texas and has always loved and excelled in baseball. During his high school career he won the State Championship, received All State First Base Title, and was voted as the clutch hitter of the year. After high school he went on to play baseball at the Coast Guard Academy. While at the Academy he broke the single season home run record and broke the all time home run record in just three years after missing his first year due to injury.

Timothy is excited to get the chance to play in the Red, White and Blue tour this summer and to represent the best of the United States Coast Guard.