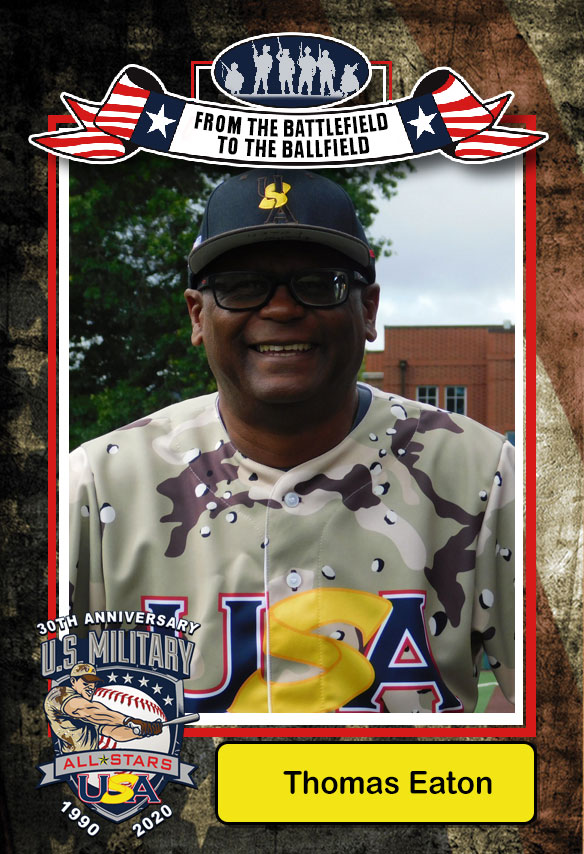 Thomas Eaton is the founder and executive director of the Charlotte Crushers Summer Collegiate Baseball and Prolific Post Grad Baseball, which was created for players who wanted to compete at high level in a positive environment. That was conducted for growth and development. In his years as director and also as coach of the Crushers, he has seen over 100 student athletes go on to play at the next level. His teams have won state, regional, and national titles from 2001-2018.

His Prolific Post Grad team helps young men who need that extra development in academics and athletics that were overlooked by colleges in order to get a college baseball scholarship.

Coach Eaton was also a recruiting coordinator for Johnson C Smith University from 2006-2013. He has coached 5 All American softball players and 5 Rookie of the Year players in the CIAA. His teams led the NCAA Division II in stolen bases and triples during his time there. They won one divisional title and he was named assistant coach of the year. Along with his duties at Johnson C Smith University he was a member of the National Fast Pitch Coaches Association.

Coach Eaton is a former associate baseball scout for the Kansas City Royals and Cincinnati Reds. He has players who are now playing professional baseball.

He is a graduate of Livingstone College with a degree in Physical Education and holds a Certificate from Groundskeeper University.  Also, from the United States Sports Academy in Sport Coaching. He also is a board member of Metropolitan Junior Baseball League located in Richmond Virginia, member of the North Carolina Baseball Coaches Association and American Baseball Coaches Association.

He spends most of his time working with fellow premier baseball showcase organizations.

Coach resides in Huntersville, NC with his wife Darlene.