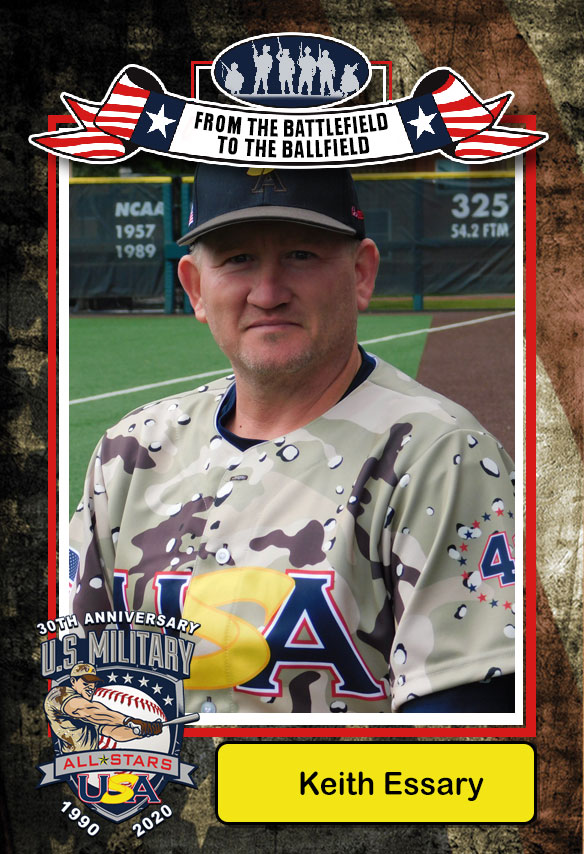 Keith has been coaching baseball for 23 years. He has coached at multiple levels, including high school, college, and professional baseball.

He has traveled the country coaching baseball, but his most exciting assignment will be coaching his son, Noah at West Point High School in MS in the upcoming school year.

Keith would like to express his gratitude to all those who serve, including his late father, a Vietnam veteran who served in the Navy. He would also like to thank everyone involved for giving him a chance to serve as a coach for the US Military All-Stars as he believes it is a great honor.