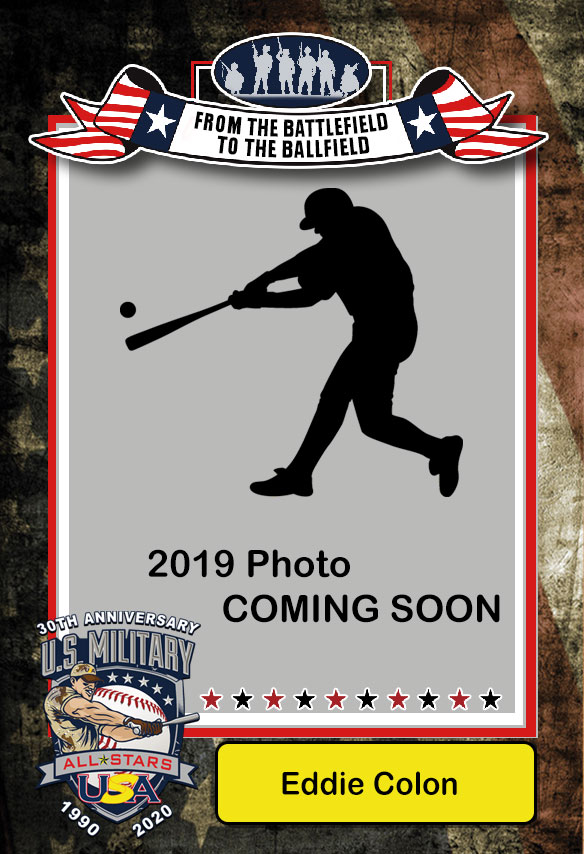 Born and raised in Bronx, NY, Baseball has always been a focal point of MSgt Eddie Colon. As a 4yr Varisty Catcher, Colon earned his stripes as being named Captain his sophomore through senior years and twice leading his team in hits and RBI’s. Years later he was signed by the Norfolk Mets, an independent league baseball team where he continued his success defensively and offensively receiving recognition in several tournaments as well as selection to All Star teams.

As a catcher, he has had career success throwing out close to 40% of runners and transitioned to 1B to help add as a defensive tool for his club. Offensively he bats right and is a contact hitter with the ability to hit with power. MSgt Colon, enlisted in the military in 2005 where he is a Cardiopulmonary Technician/ Respiratory Therapist as part of a Critical Care Air Transport Team, a mission he loves and is proud to serve. He has deployed 3 times in support of several named operations and is looking forward to serving the US Military All Stars.