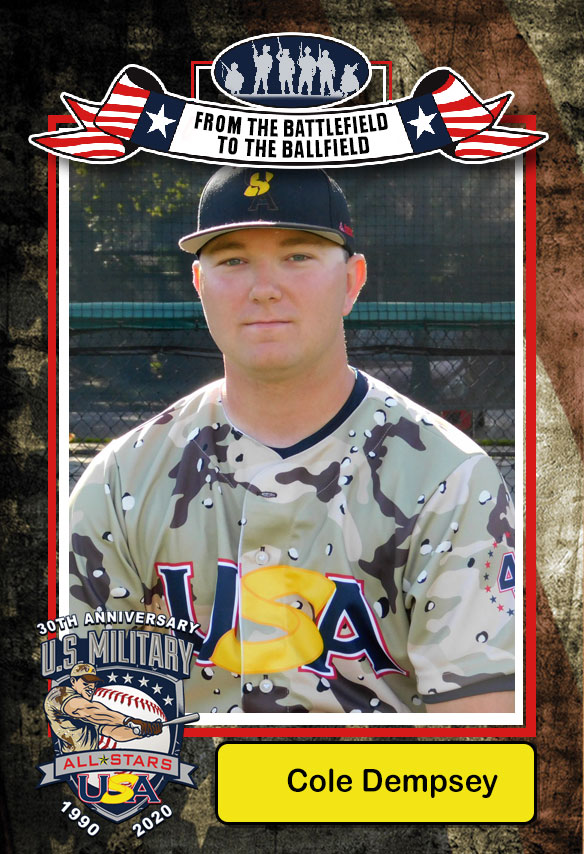 I was born and raised in Missouri. After graduating high school I went and played baseball for 2 semesters at St. Charles Community College near St. Louis, MO. I was verbally committed to play for Saint Louis University in the fall of 2015, which is a D1 school. Because of unforeseen circumstances, I decided it was time to hang up the glove and join the Air Force.

Now that I’m in the Air Force, I play in a baseball league out in Las Vegas, but the competition and atmosphere is just not the same. I would like to play for the Military All Stars because it would give me that opportunity to play at a high level again, but more importantly representing the Air Force and military.