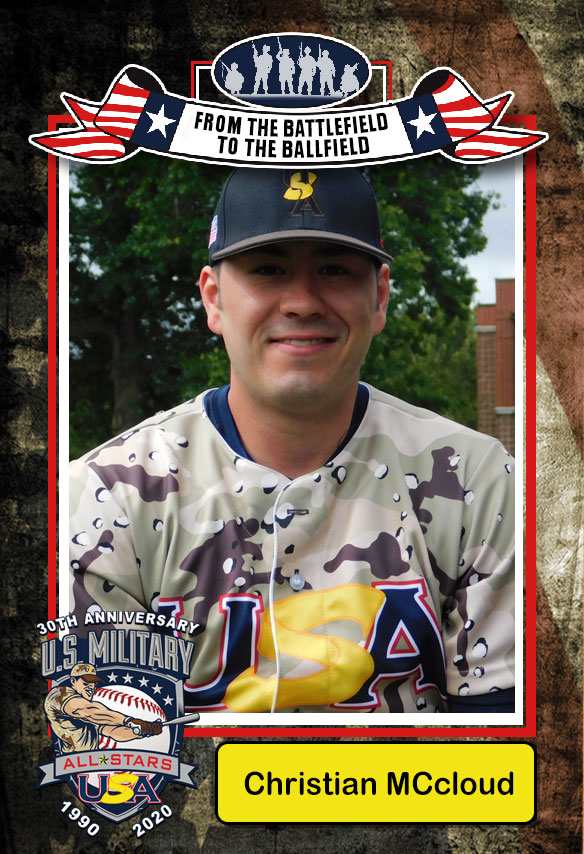 Hello my name is Christian McCloud form the Turtle Mountain Band of Chippewa Indian Reservation, I have chased this dream to play in a Major league organization since i could remember. I grew up in a big family being the eldest child i had a big role to fill. I was the first athlete ever from my community to receive a collegiate baseball scholarship. I want to be the first Major League Athlete. I have two small children whom look up too me. I play for them.

He graduated from college in May of 2015 with a Bachelors of Science degree, majoring in Criminology and also a minor in Coaching. He played baseball all four years with his team made regional’s 3 of the 4 years that he played and ended his pitching career there as the teams relief pitcher. A couple of months later he was selected to play with the US Military All Stars where he pitched for the team wearing the name Sammi and her old softball #1 on his Uniform.

In reference to the fact that his Army buddies tragedy, ironically led to his future. He is returning in 2016 as a pitcher and Head Coach and is looking forward to a great season as he travels 11 States in the Annual, Red, White & Blue Tour.