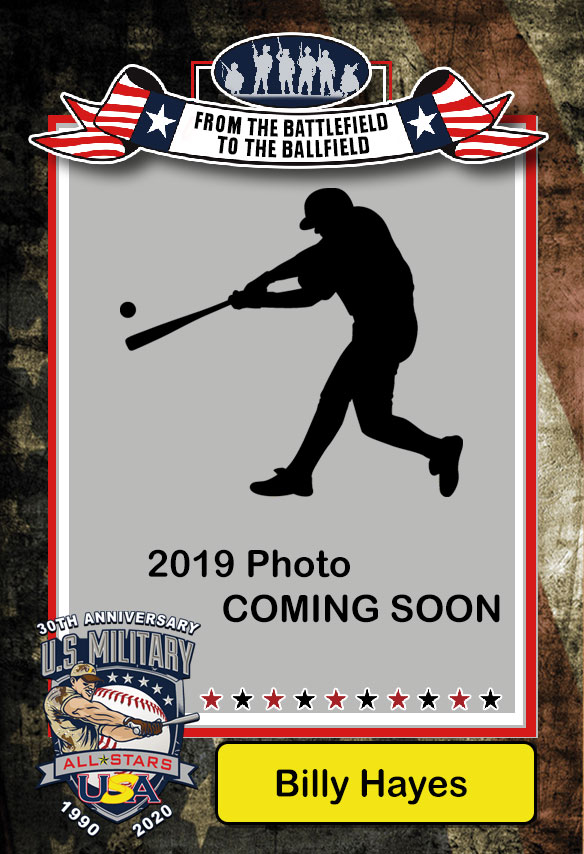 Billy has coached for 26 years and is the Founder of Showtime Baseball which was established in 2000 (Pacific Northwest). He is the High School varsity head coach since 2004, teaches the details of the game through fundamentals. Billy has the hard 90 “Old School” standard of play and he loves baseball and the life skills that come along with it. Billy served in the US Army as an Infantryman. The son of a Vietnam Veteran, Mr. Billy Hayes SR.

The Generational tradition still continues with Billy’s daughter serving in the Army, a son in the Marines and a son-in-law in the Air Force. Billy said when the men flew in from around the world, ” I have been looking so forward to this. I’m in my element and these young ball players are about to have the time of their lives” As Billy was saying that, we had to share with him a roster change, again. One of the men was just called to War-fighter status and will be leaving our tour a couple of weeks early. Billy commented that this is now over 30 players that had to leave. They truly do go directly from the “Ballfield to the Battlefield”. Now the phrase, “Heroes of the Diamond”, makes sense.

Billy served in the US Army Infantryman 1987-1991, The Son of a Vietnam combat Infantryman veteran. Billy Hayes SR. was with the 82nd Airborne Combat engineer, an Afghanistan Veteran. The Generational tradition continues with Billy’s daughter , now serving in the Marines and a son in the Army. Has the Hard 90 “Old School” standard of play and he loves baseball and the life skills that come along with it.